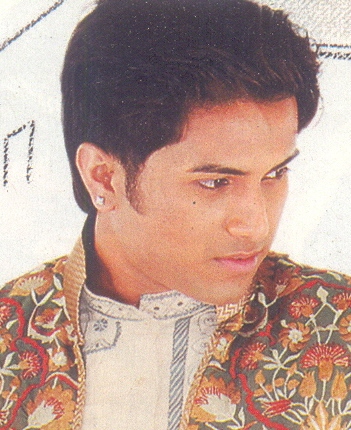 ANIRBAN SETH has not received any gifts yet

o 2005 - Invited : ‘Names- AN. Art’ (New Name- ‘Gallery Kolkata’ ) Organized an exhibition of paintings on “Leather” by ANIRBAN SETH , inaugurated by Shri Sunil Gangopadhyay ( Eminent Poet & Novelist )on May 17 to May28, Kolkata.

• 2007 - Exposure {A Group of Painters } presents an exhibitions of paintings & sculpture, Inaugurated by Eminent Writer Taslima Nasren at Academy of Fine Arts [Central Gallery] on 27th June to 3rd July .

“From the word go Anirban Seth, an MVA from Kolkata’s Govt College of Art, was attracted to leather as a vehicle of his creativity. Leather, including parchment and suede, has long served as the canvas for artists in many civilisations spread across the five continents. Albrecht Durer is known to have executed some memorable images on vellum. African and Australian Aboriginal artists continue to use it as a mode of their creative expression. Indonesia, and Malayasia, used it to create aesthetic figuration. In the south Indian state of Andhra Pradesh, it continues to spur the highly imaginative leather puppets used in the shadow theatre of Bommalata.

Closer home, Anirban has grown up watching the batik images crafted on leather by artisans at Sriniketan, an extension of Santiniketan. Fascinated by the special effect that one cannot extract on paper or canvas, Anirban has harnessed the medium to his advantage. He uses it for the background, the texture, the mood - all with telling impact. He heightens every accidental effect through the use of leather paint on creased or crumpled sheep leather. He is building on the natural sturdiness of camel hide, and striving to enlarge its scope by using substitutes. Simultaneously his ingenuity is working on newer ways of tanning so that he can overcome the natural handicaps of the medium that develops fungus in monsoon.

For his content, Anirban initially drew upon nature as reflected in his mind’s eye. Those landscapes in bright daubs of colours were abstracts of the reality he saw around him. Essentially the 29-year- old responds to his environment. So, when nature plays havoc in the form of a ‘tsunami’, that too enters his picturespace. Increasingly he is moving towards subjects with greater relevance to his own times, as he is towards creating a pictorial language that is recognisably his own.
I am certain, he will open new horizons in his quest for a place under the sun.”

Hide and seek – Paintings on Leather

“A conscientious artist who wishes to highlight and address issues relevant to our times through his art, Anirban Seth also comes across as a man of exceptional creative talent. Continuous experimentation with the medium of art has led him to master the art of painting on leather, a surface de mending a high degree of expertise end technical perfection for colours to be applied and remain clearly visible.. Done by tanning raw hide and then painting on it, Seth uses the tips of his fingers as a brush, smearing colour on leather to create images from life aid nature, spirituality and rationality. Often embellishing his art with gold and silver foil, he generates startling visual effects, portraying natural beauty and emotional experiences with equal ease. Seth’s innovations on texture also include batik work and stencilling for embossing and relief effects, creating a unique pictorial language. The exhibition of his works is a splendid tribute to this painstaking yet immensely pleasing mode of expression in which he excels.”

“Over the years, leather has found many functional uses, as well as decorative use in traditional crafts. Painting, stamping, and stenciling have been popular techniques used to embellish leather. Leather puppetry is an ancient folk art in our country, having its origins in Andhra Pradesh.

The traditional puppets and the more contemporary products such as lampshades, toys and other items are vibrantly colourful with intricate detailing. Hide from cattle such as camel, goat and sheep is treated and painted upon in a highly labour-intensive process.

Kolkata based artist Anirban Seth paints on leather to create series on landscapes, still life and so on. Having studied fine arts, Anirban began exploring various avenues as an outlet for his creativity. Experimenting with leather for several years, he found creative satisfaction in this difficult and challenging medium.
He treats leather as a canvas and paints on it using various techniques - the results are aesthetic and visually pleasing. He says, ‘what fascinates me about this process is the accidental effects that are introduced using this technique. Also, there is ample opportunity to experiment with textures. He likes to use a lot of folk motifs in his paintings.

By using resist technique like Batik, stenciling, embossing and creating relief effects, he
creates interesting textures and effects. Sometimes, he uses gold and silver foil to
enhance the paintings. Through constant experimentation, Anirban hopes to work with
a leather as well.”

Hide and seek – Paintings on Leather

PAINTINGS ON "LEATHER" AND "VELLUM"

Basant Soni said…
Dear Anirban,
Impressed with ur meritorious page in the field of art, ur style & innvotive idea in art.
i Generated "Collages" from Organic materials (Plants-dried flowers,twigs,petals,leaves) on Canvas of Bark of palm tree.No artificial materials used to make these "Collages".

santosh gupta said…
hi anirban , i would like to join your kolkata canvas group. tell me wht r the formalities.thank you

hema wadhwa said…
Hi, Your work is very interesting, are these all prints?