MALA MUKERJEE has not received any gifts yet

I launched my professional career in 1986. My work has appeared in many publications such as Swagat, Desh, Discover India, Frontline, Insight Guide, Indian Express, Inner Eye, Namaste, Sananda, Signature, Sportstar, Times of India etc., in India ; the BBC Bulletin, The Cricketer and the India Weekly Journal in London ; in ‘Close Up’ sports magazine in Australia and in tourist guide titled ‘Indien’ in Germany. Her photographs appear on the cover pages of ‘A Ticket to Minto’, a work by the American novelist S.H. Fracis, and ‘Vinegar Sunday’, a work by Kankana Basu. Other publications that feature my work extensively are Mrs Padma Narasimhan’s ‘Swami Dayanada Saraswati’ and in ‘The Tollygunj Club since 1895’ by Dr Amita Das and Pradip Das.

I taught Photography at The School, KFI, Chennai, during 1986 -1989. In 1990 . Completed a four year Certificate and Diploma Course in Applied Art and Design Studies at the London Guildhall University. Was awarded the Art Prize by the Owen Rowley Art Foundation in London in 1993 and was among the prize winners in ‘Our Big City’ competition organized jointly by the Evening Standard Newspaper Group and Carlton TV in London in October 1993. In 1994 .I was nominated for the Leopold Godowsky Jr. colour photography Awards of the Photographic Resource Centre, Boston. The Academy of Visual Media, New Delhi, awarded me their “Achievement Award” for outstanding contribution to Photography in January 2007.

BLINK, a Phaidon Press, London, publication, featured me in 2002 among ‘100 contemporary Photographers of the world’. Conducted Workshops on Colour Photography at Dhaka and Sylhet at the invitation of Drik, Bangladesh in 2003 and in 2006, I visited China at the invitation of the Peoples’ Republic of China to participate in a photo event titled “Xinjiang in the eyes of Chinese and Foreign photographers”.

Apart from several Group Shows in London during 1991/1993, I took part in “Women ’96”, an Art Front Group show at the Jehangir Art Gallery Mumbai, Group exhibitions at the Nehru Centre Art Gallery Mumbai 1997, Y.B. Chavan Art Gallery Mumbai 1998, Academy of Fine Arts Calcutta 2001, Guildhall University London 2001, Cancer Foundation exhibition at Academy of Fine Arts, Kolkata 2005,‘Kolkata Festival’ of Times of India at Town Hall Kolkata 2006, AVM Photography Award 2006 at the AIFACS, New Delhi, exhibitions organized by the Chinese Embassy at the Birla Academy Art Gallery, Kolkata and at Indira Gandhi National Centre for the Arts, New Delhi in 2007, and in Beijing in March 2007 at the “The Four Seasons in Xinjiang Photo Exhibition” organised by The Chinese Photographic Association.


My work is presently on display at www.malaphotogallery.com 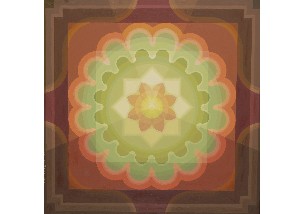 I am a Kolkata based artist.
I wart to show you my works.
I like to paint both conceptual expressionist work and conventional British transparent watercolour.

You can see my conceptual expressionist works here. This is the link.
http://www.flickr.com/photos/alay_ghoshal/

And conventional British transparent watercolour works here. This is the link.
http://www.flickr.com/photos/28956044@N04/