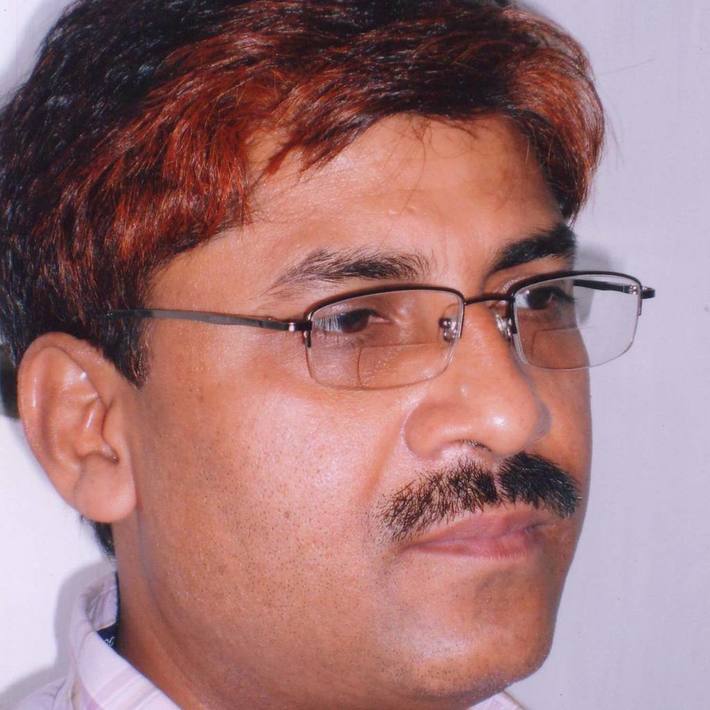 Nabakishore Chanda has not received any gifts yet

Give Nabakishore Chanda a Gift

What is ART?
art is the song of heart.

Nabakishore Chanda, born on 4th January 1964, in a remote village called Bhetia Dakshin ( Bhetia South) in the state of West Bengal in India. He comes from a family of cultivators of land. But his father was a head master of a primary school. He was brought up in the midst of the nature, full of plants, trees, paddy fields, ponds and rivers. In his childhood, he was surrounded by the open blue sky and greenery. The house he lived in was made of clay. Thus he was as close to nature as you can get. his father died when he was just twelve years of age and after that his family was plunged into deep financial trouble. He has three brothers and three sisters and all were brought up in some amount of material deprivation. After completing school in 1984 from the village school, he did his graduation from Midnapur College, in a town close to his village. For higher studies he came to Calcutta in 1987. His master's degree in Bengali Language and Literature he obtained from Calcutta University. All through hardship was a way of life for him. Life took a more comfortable turn when he got an appointment in 1996 as lecturer in Bengali Language and Literature in Vivekananda College, Thakurpukur, Kolkata. He continue holding this job, having a more senior position now. In 1999, he went to Shantiniketan (Viswabharati University) with his family and friends and this is the place where he got the inspiration which guided him towards painting. He does not have any institutional training in art, but after that period painting became his first love and passion. In fact he was advised by an artist friend of him not to take any training and allow his spontaneity free reign. He has stood by that advice. He has exhibited his paintings solo as well as in collaboration with other painters in a number of cities in different parts of India and his paintings have got appreciation from artists and art critics. Teaching is his profession, but today painting is the sphere to which he relate better. More people in fact know him as a painter. He wishes his paintings to get known to more and more people in the world.

'VERSIFICATION OF LINE AND COLOUR'

Line is the forte of Nabakishore's paintings. They swirl, surge, intertwine, even retreat and move diagrammatically convering the pictorial space. Nabakishore lets his pen or brush move on the paper freely. The figures born out of those lines and of the exuberant colour splashes have a naive charm about them. They show faces of a next-door girl or of a folk deity and recall the images that we see in folk art of rural Bengal. In his paintings, symboils… Continue

About The Artist Nabakishore Chanda

For Nabakishore Chanda, painting is the spontaneous expression of the creative impulse within him. A self trained artist, this latent ability was unleashed one fine day, when he was urged by a friend to complete a painting he was casually working on. From then on, Nabakishore began his rendition of beautiful, mythopoeic painting dominated by lines and colours. Born in 1964 on 4th January in a remote village of West Bengal, his emergence as an artist… Continue

paintings are the song of my heart.