Priyanka Gupta has not received any gifts yet

won 3rd place for her painting at the university art show :D :D another award..yippie !!

Your profession
Painter and Photographer

an artist and photographer in the San Francisco bay area.


Awards: • Artist of the week...http://indianartistsforum.ning.com/, 10/08
• Honorary award for photography by Fine arts league of Cupertino, 2008
• Award for excellence in Art and Painting by Lions Club, 2007
• Sponsored for the ‘Monotype printing marathon’ organised by Institue of contemporary art, San Jose, Ca, May 2007

Internship at Togonon gallery, San Francisco, 2007
• Execution and preparation, including brochure, book, advertising for the exhibition of Mary O’Neal

• Worked as a designer to create several designs for e-cards.

• As part of the above assignments designed a range of materials including menus, pamphlets, press ads, hoardings, logos, letterhead and brochures.

Freelance Graphic Designer for many Companies in India, 2000-2005

Krishnan.V.R said…
Hai...I am Krishnan frm Kerala I am a Mural Artist........My site is www.panchavarna.com Pls visit and give ur valuble feedback....!!!! 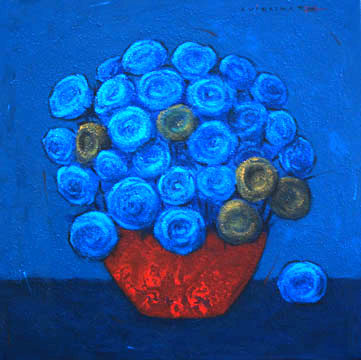